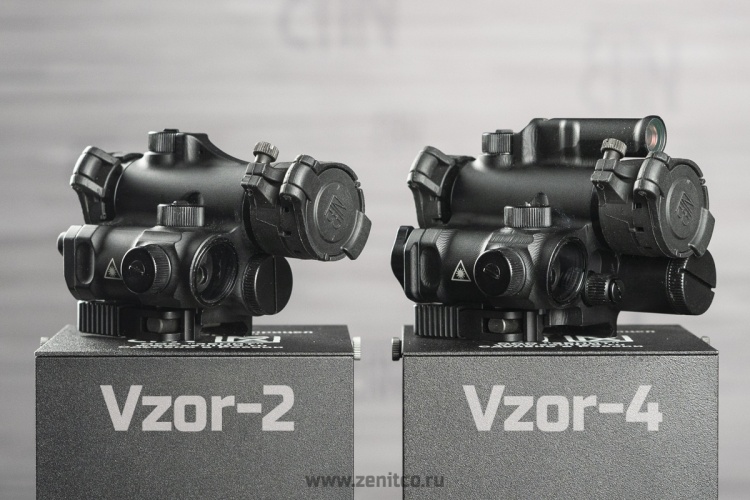 28.09.2022
prev next
The line of «Vzor» red dots is quite broad. It includes not only actually red dots, but also combined devices, which include a red dot as well as other devices. These are multivzors. There are currently two multivzors: «Vzor-2» and «Vzor-4».
That is, the main difference between them is the presence / absence of an IR illuminator. The batteries are also different. «Vzor-2» works on CR123. «Vzor-4» has 18650 rechargeable battery. Also, «Vzor-4» can be charged from the network or a power bank without removing the battery from the product. For charging the same connector is used as for the remote switch. «Vzor-2» cannot be charged this way, it is necessary to replace CR123 element there.

Are there any other multivzors planned? Yes. We have been following the principle of hybridity in our designs for a long time, trying to combine new developments with old proven solutions. This is how many years ago a flashlight with an integrated laser «Klesch-2PS+laser» appeared. This is how the «Perst» line was developed. This is how we combined rails and sights into one in the «Leader» kit with the «Perst Leader» device. This is what will happen to red dots. The technology has been mastered, it can be upgraded and combined with other solutions and functions.