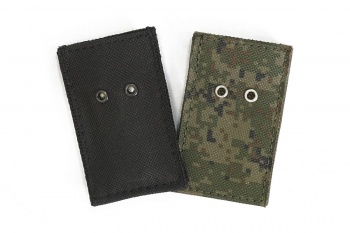 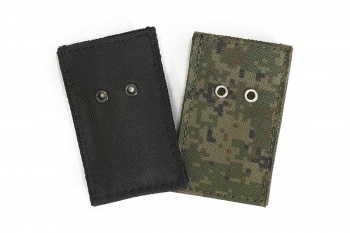 Is designed to determine a "friend" or "foe" in the dark.

On the outside of the patch there are two round windows with LEDs located in them.

Velcro is sewn in the edge of the chevron, which is closest to the windows with LEDs, designed to remove the working board and replace the battery.

Next to the LED windows (closer to the center of the patch) is a button for controlling the LEDs.

Within one second, three times in a row, press the control button and hold it for more than two seconds, the mode for selecting one of the three operating modes is turned on: