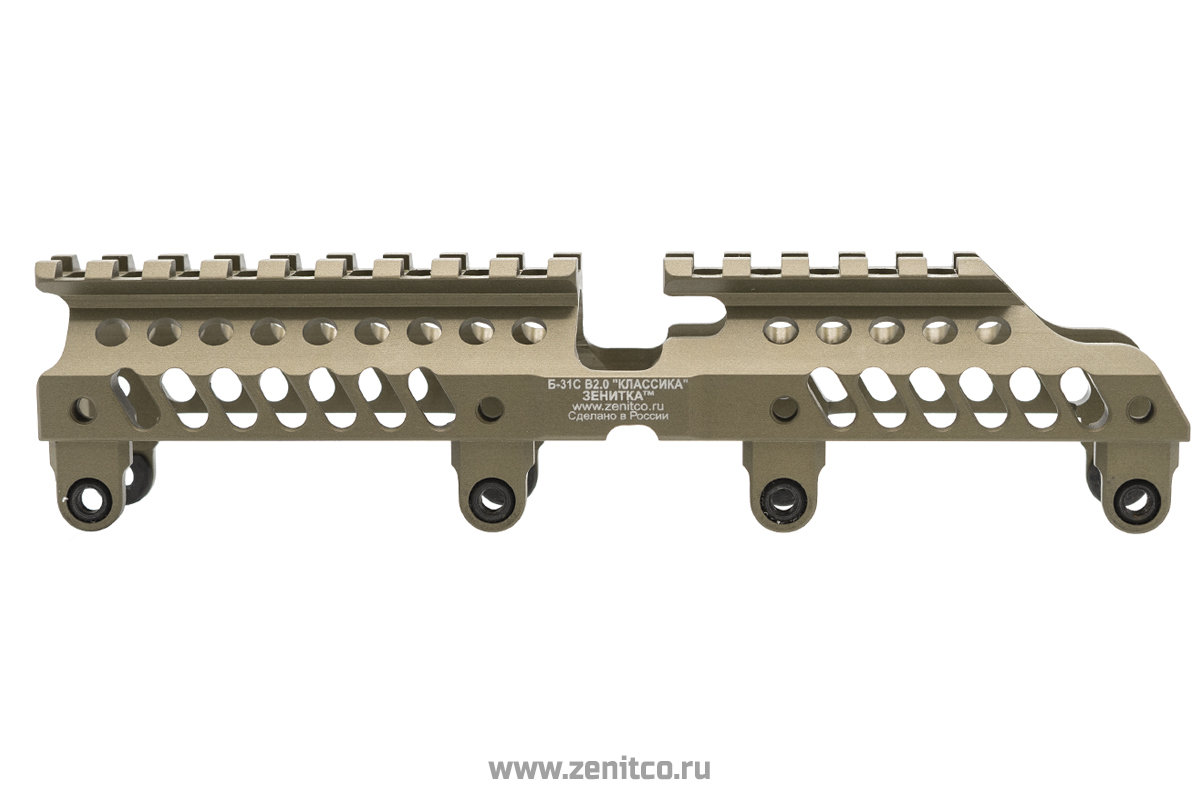 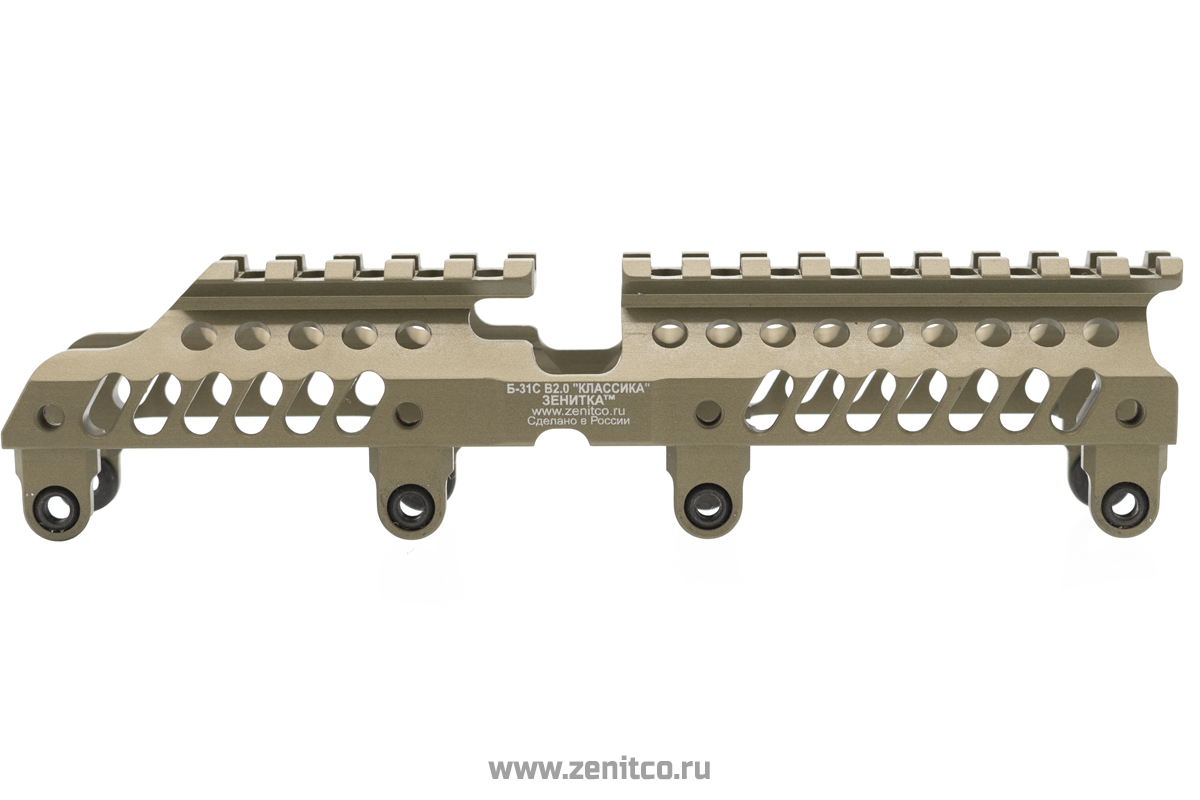 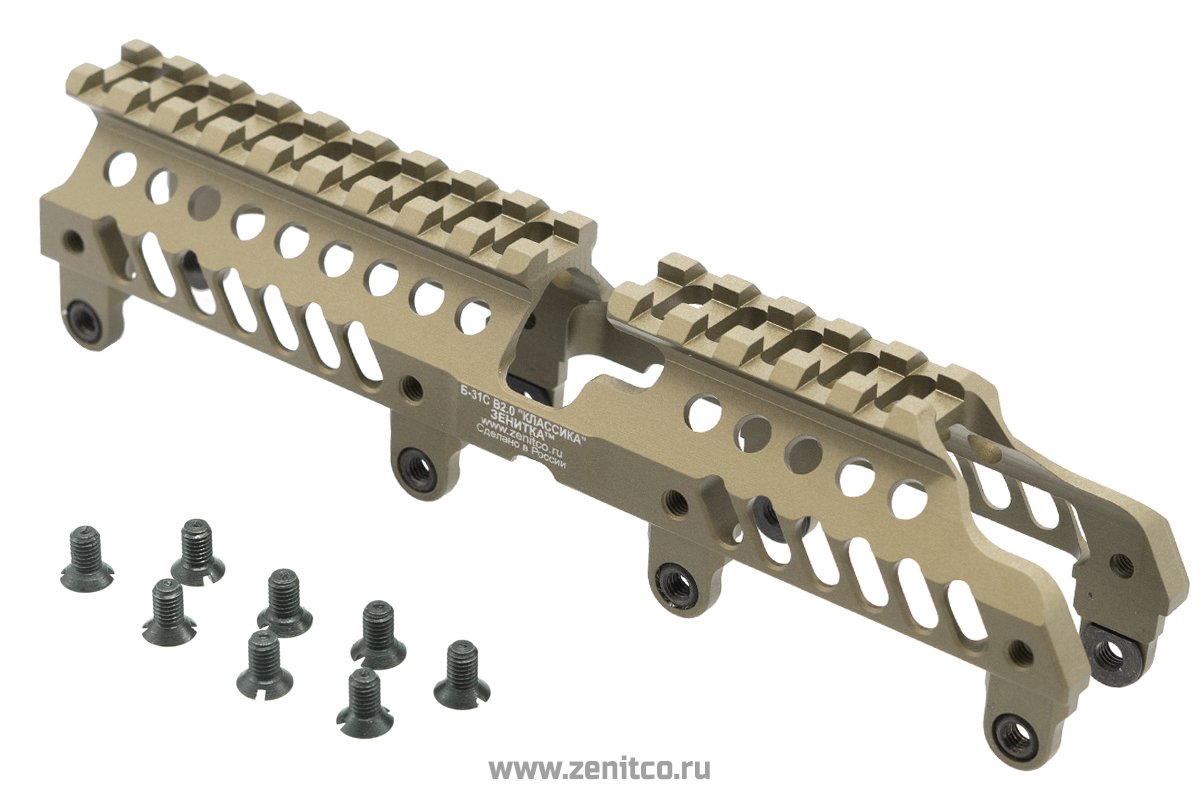 Upper handguard for B-30 and B-30U handguards

Designed to be mounted B-30 or B-30U rails by eight screws and forms a 170±5mm Picatinny rail above the upper handguard and the barrel of AK, that does not block the line of iron sight. Also can be used as a part of "Sport-1" kit instead of B-31L rail.

In the kit:
To install ''B-31S upper handguard'' rail on the weapon: