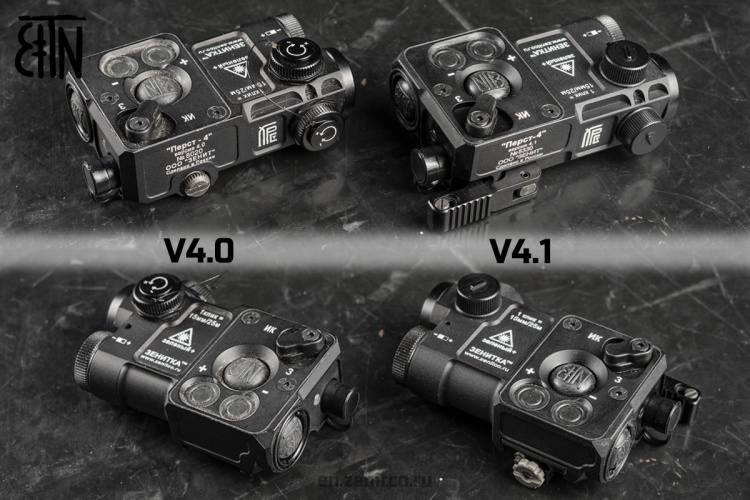 01.12.2022
prev next
Practice has shown the need for quick-release mounts, so this year we are introducing them into our products. So, for example, some time ago, «Perst-4» dual laser was updated. Version 4.1 is currently on sale. It differs from version 4.0 by the presence of a quick release and updated caps on zeroing units. Quick release did not affect the weight: both the new and the old version weigh about 206 grams (with battery).

"Perst-4" is a combined device with two laser designators: visible and infrared. Depending on the color of the visible laser, it is available in two versions: red and green +.

There are also modifications: